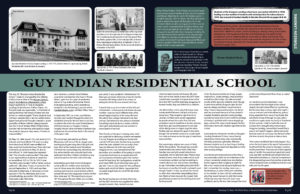 The Guy (St. Therese) Indian Residential School (Treaty 6), managed by the Oblates of Mary Immaculate of the Roman Catholic Church (Archdiocese of Keewatin-Le Pas), began operations in 1926 at Sturgeon Landing, Saskatchewan. By 1951 it was “woefully overcrowded” with a “rather serious epidemic” affecting 19 boys. On September 4, 1952, after sparks from a torch being used by maintenance staff ignited a fire in the engine room, the school burned to the ground. The school was then relocated to Manitoba. A temporary school opened in The Pas, Manitoba and a new school building opened in 1959, located in Clearwater Lake, Manitoba.

“A large Indian residential school was needed in this central part of the immense territory entrusted to Bishop Ovide Charlesbois, O.M.I. This school was seen as a means to save the nomad Indian population from the great poverty to which it was condemned because of the rapid decline in hunting and fishing as a means of survival.

In March 1926, Bishop Charlebois travelled to St. Hyacinthe and asked the Sisters of Saint Joseph to ensure, in collaboration with the Oblate Fathers, the management of this residential school which was already under construction. Mother St. Maxime (Marie-Louise Bouvier), superior general, and her council accepted this project.”

Marie Brown attended Sturgeon Landing Indian residential school. She told the Commission about the inadequacy of attempts made in the IAP system to classify the degree of harm suffered by Survivors. She explained,

One former student said that during her time at the Sturgeon Landing school in Saskatchewan, she could not recall a staff member ever smiling at a child.38 (Honouring the Truth, Reconciling for the Future, p. 42)

One former student said the students had to stand like soldiers: “We had to hold our head straight and not look anywhere else. We couldn’t at all look at anybody. Especially not the boys where they were. No, we weren’t allowed to look anywhere. We had to line up when we walked in school.”204 (Survivors Speak, p. 64)

Adam Highway recalled a beating that he witnessed the principal of the Sturgeon Landing, Saskatchewan, school administer in the 1920s. “The priest grabbed him, grabbed him by the hair, threw him down. Now, that was a cement floor where we played. And here he kicked him repeatedly. There was no stick. He had brand new boots, leather. I was sitting not too far away. I wasn’t very big. I still can’t forget to this day. It’s like I’m still watching him. It must have been ten minutes. These were brand new boots. On the thighs and the buttocks. He bounced his boots off him as he kicked him. And the brother that looked at him. Now the principal said to him. “George,” he said, “you will kneel there until six o’clock,” he told him.507” (Survivors Speak, p. 144)

“The officials of the Branch will not fail to notice the large number of truancies. In most cases, parents alone are to blame for keeping their children. No mere reasoning will convince them of the damage they are causing to their children by stopping their education. The Indian Agent has recommended that family allowance should not be paid to such children kept home without sufficient reason.” Quarterly Return, Sept 30, 1947

1951-“This school is woefully overcrowded and I note that the double deck beds which were recommended are still lacking. From a health point of view though would be of material benefit to the children.” Document also notes that there is a “rather serious epidemic which has affected 19 boys of various ages. This may turn out to be tuberculosis…” 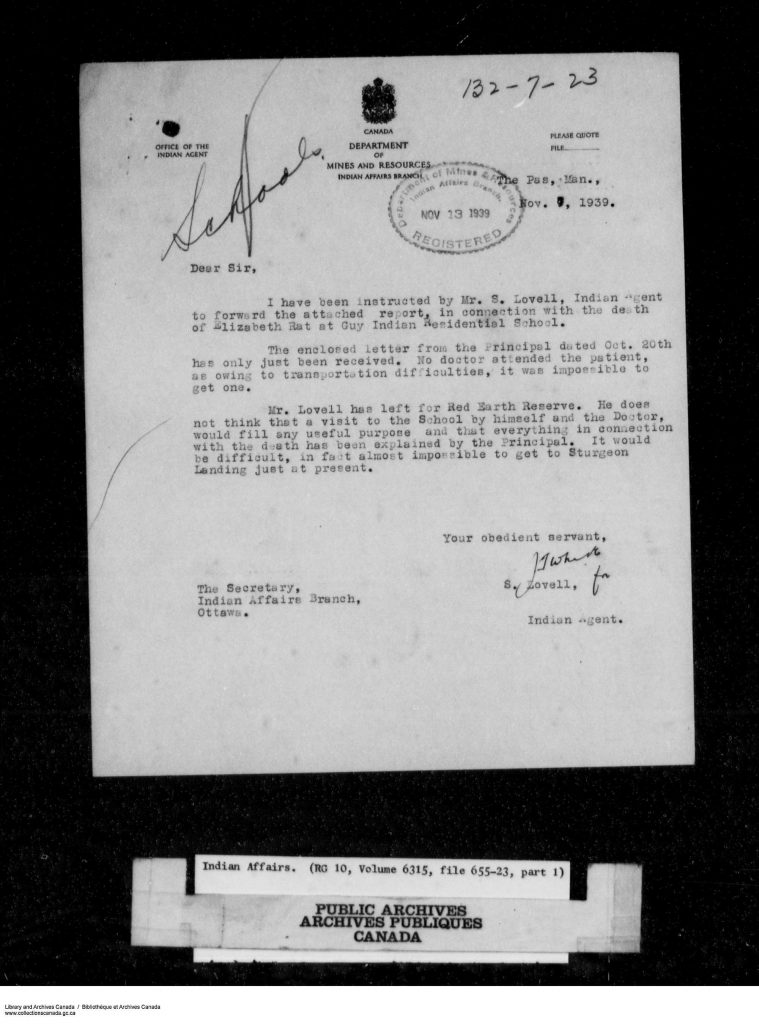 Indian agents often required prompting to comply with the policy. For example, when two pupils died at the Sturgeon Landing school in northern Saskatchewan in 1937, Philip Phelan, the chief of the Indian Affairs training division, had to remind the local Indian agent to complete a memorandum of inquiry.334 The agent, S. Lovell, responded that it was almost impossible to meet the requirements of the reporting policy. He pointed out that he was located in The Pas, Manitoba, and the Sturgeon Landing school was sixty miles (96.5 kilometers) away. A doctor from The Pas visited the school only once every three months. Lovell thought that, at best, it would take a week for word of a death at school to get to him and then for him to get to Sturgeon Landing. He said that in almost every case, “it would be impossible to notify the pupil’s parents of the death as they live, for the most part in very remote districts, a great distance from the school.”335 When a pupil died at the Sturgeon Landing school in 1939, no formal inquiry was held, since the Indian agent, the doctor, and the parents were all unable to travel to the school. Instead, the Indian agent filled out the form, based on information provided to him by the principal.336 (The History, Part 1 Origins to 1939, Vol. 1, p.428) (Click link below to read documents)

Student Deaths need to be inquired into and a form filled out. Correspondence between S. Lovell and Philip Phelan.

January 19, 1937 “The deaths of Nos. 106, Josiah Constant and 0133, Bibiane Bighetty, is regretted. Regarding the death of these pupils, it is necessary that a memorandum of enquiry into the cause and circumstances of the death of each be forwarded, on the proper form of that purpose. You were instructed some time ago that, in the case of the death of a pupil, these forms should be completed and filled in…” Yours truly, Philip Phelan, Chief, Training Division.”(To S. Lovell, Indian Agent from The Pas, 60 miles from Sturgeon Landing). Lovell’s reply: “I did not however get a supply of these forms or any instructions in connection with them.” 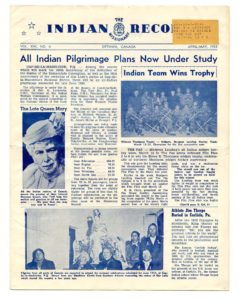 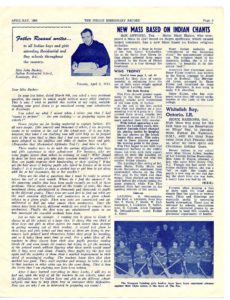 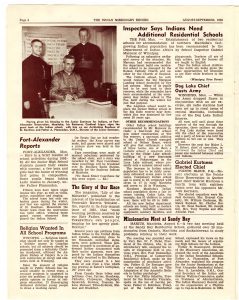 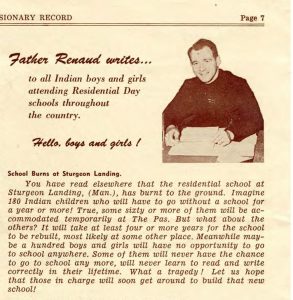 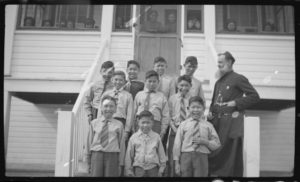 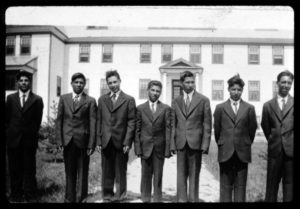 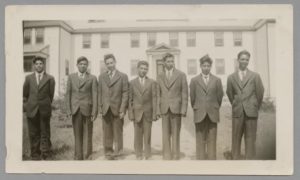 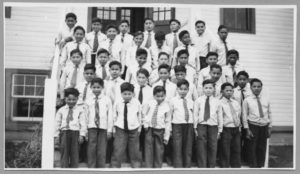 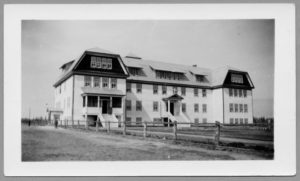 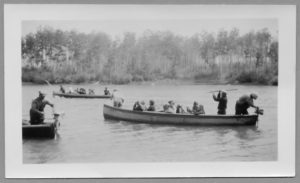 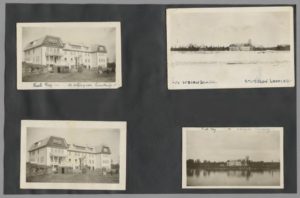 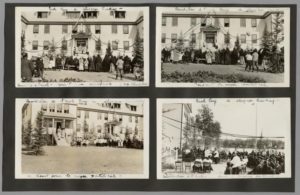 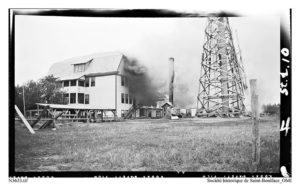 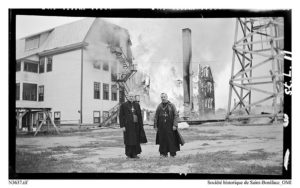 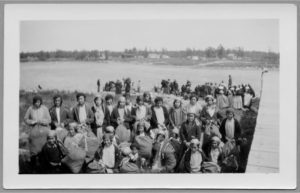