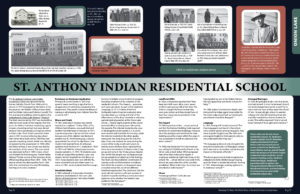 The St. Anthony’s (Onion Lake) Indian Residential School was operated by the Roman Catholic Church from 1894 until its closure in 1974 (managed by the Sisters of the Assumption, the Oblates of Mary Immaculate, and the Oblate Indian and Eskimo Council). The first and second buildings were located on the Seekaskootch Onion Lake Reserve (Treaty 6). The third constructed by 1927 was located four miles (6.4 kms) south of the original. Over the years, the fathers had been requesting a grant to open a boarding school, but were denied because there was already an Anglican school at Onion Lake. Three Sisters arrived in Onion Lake in 1891 to serve in the log day school that Father Nerre built and by 1892 they had opened a boarding school, which was officially recognized by the government in 1894. After the Sisters arrived, a new school was built by the members of the reserve. The new school was destroyed by fire in 1894. A new school was finished the following year. Oblate Father Adéorat Therien served as first principal of the official boarding school from 1894 – 1896. The second school was destroyed by fire in 1928 (after the construction of a new IRS building had begun at a new location).

When Bruce R. Dumont was sent to residential school in Onion Lake, Saskatchewan, his mother warned him not to speak Cree. She told him that “you got to learn the English language and, you know, so we, you know, we were instructed at home, and spoke freely, spoke Cree at home, but at school we, we weren’t allowed to speak, speak our language.”167 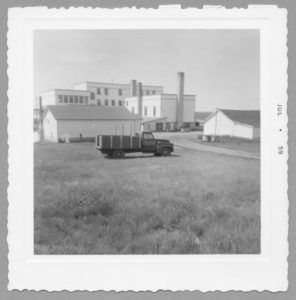 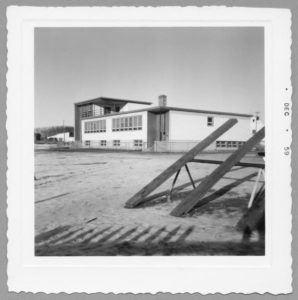 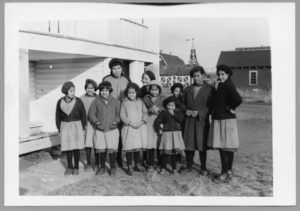 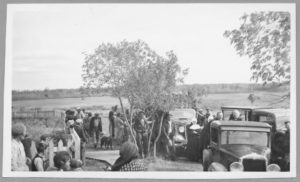 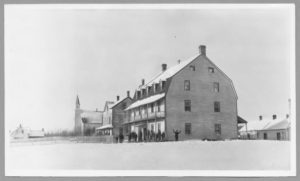 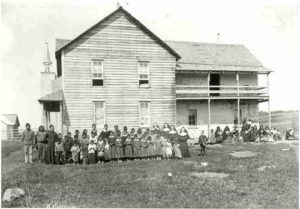