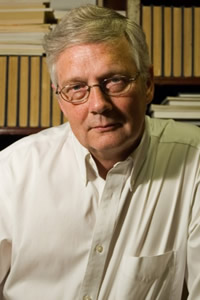 Bruce Rice (poet and editor) Rice grew up in Prince Albert, Saskatchewan. He holds a B.A. in Psychology from Saint Thomas University and a MSW degree from Dalhousie University. He began writing when he returned to Saskatchewan and attended readings at the old Norman MacKenzie Gallery. He has been an active member of Saskatchewan’s writing community for over 30 years and has published four award-winning poetry collections and a children’s book. His first book, Daniel, received the prestigious Canadian Authors Association Award; his fourth collection, Life in the Canopy, was nominated for Saskatchewan Book of the Year in 2009. Bruce was longlisted for the CBC/Canada Writes competition in 2008 and 2013. The Trouble With Beauty, his fifth adult collection, is forthcoming from Coteau in 2014. He has been published in several magazines and been broadcast on CBC radio. Bruce has collaborated on poetry performances and interdisciplinary works, including “Cathedral Chronicles” with The Poets Combine in 2011 and 2012. His most recent collective work, “spring is a stony partner,” was created for Regina’s 2013 Cathedral Village Arts Festival, and includes poetry, dance by Robin Poitras and Johanna Bundon, music by Peter Dickof, and film by Richard Diener.

In 2012, Bruce was inspired to initiate The Mayor’s Poetry City Challenge in which Mayors from over 30 municipalities from St. John’s to Victoria invite local poets to read at their Council meetings during National Poetry Month. This is a collaboration of The League of Canadian Poets, Saskatchewan Writers Guild, and the City of Regina. Bruce has been president of both the Saskatchewan Writers Guild and Sage Hill Writing Experience, and is a member of The Writers Union of Canada and Saskatchewan Film Pool. Bruce is currently working with other writers and artists to encourage the growth of spoken word in the province.

Bruce’s professional human service career includes community development, and research and policy work in the youth, ageing, mental health and disabilities fields. While employed by the City of Regina, he played a lead role on issues such as child hunger, the City’s award-winning initiatives on access for persons with disabilities, homelessness and housing, research and policy support for neighbourhood planning and community based organizations, especially in the inner-city. He served as the City’s representative on the Federation of Canadian Municipalities’ (FCM) Quality of Life Reporting System, which monitors the quality of life in more than 20 cities. On his last major project, he was part of the staff team responsible for development of the City’s new official plan, and had a lead role in promoting consultation with the growing immigrant, First Nations and Métis, seniors and disabilities populations, and ensuring trends in these groups are considered in the process.