Save the date for the next Whisperings of the Land Indigenous Speaker Series, Thursday November 17, 2022 @ 10:00 a.m. via Zoom. The presenter, Dr. Kim TallBear, will speak on Science v. the Sacred, a Dead-End Settler Ontology.

Dr. Kim TallBear (Sisseton-Wahpeton Oyate) (she/her) is Professor and Canada Research Chair in Indigenous Peoples, Technoscience, and Society, Faculty of Native Studies, University of Alberta. She is the author of Native American DNA: Tribal Belonging and the False Promise of Genetic Science. In addition to studying genome science disruptions to Indigenous self-definitions, Dr. TallBear studies colonial disruptions to Indigenous sexual relations. She is a regular panelist on the weekly podcast, Media Indigena.

Settler-colonial society works to separate so-called spirituality from the material. This worldview inhibits understanding Indigenous knowledges as knowledge based on centuries of observations and lived relations with other-than-humans. Instead, Indigenous peoples are viewed as “spiritual,” and the disciplines tend to implicitly denigrate Indigenous understandings of the world as beliefs rather than knowledges. The knowledge/belief divide stems from a hierarchy of life that the sciences share with major religious traditions. With this understanding of sentience and agency, some humans rank above others according to race or gender, for example, and humans rank above other life forms. More recently, “new materialists” and multi-species ethnographers have analyzed other-than-humans in less hierarchical and more “vibrant” or agential, if still secular terms. I bring such ideas into conversation with Indigenous ideas of being in good relation in ways that disrupt longstanding racial hierarchies of thought. 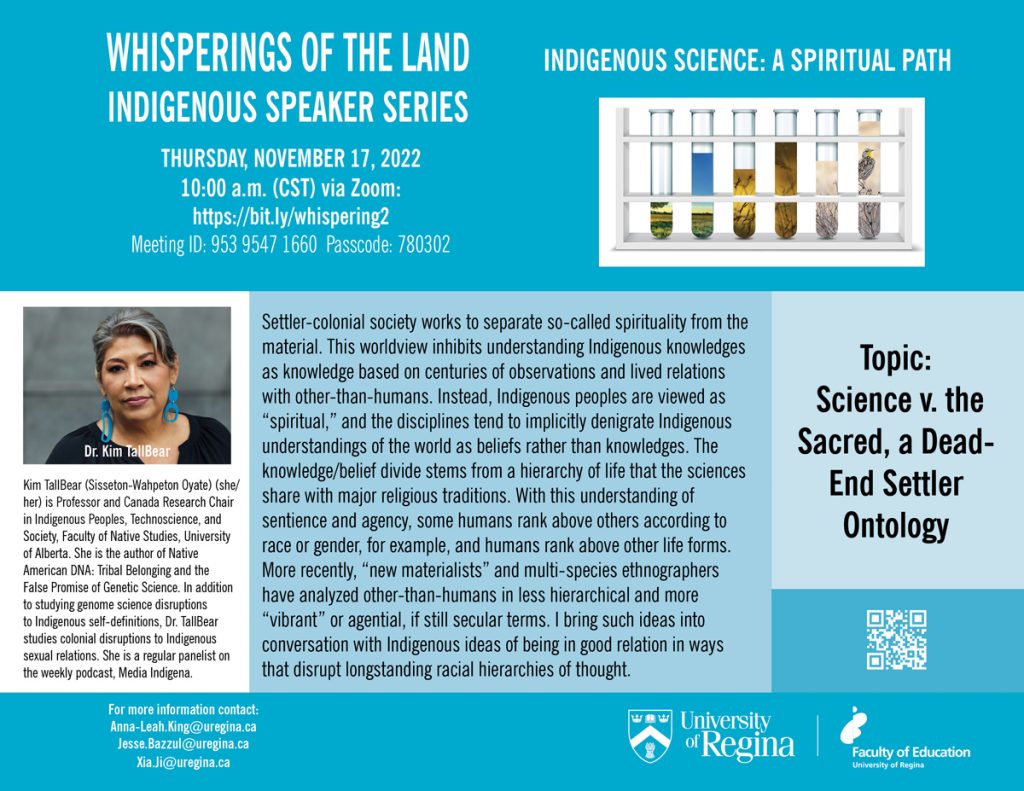