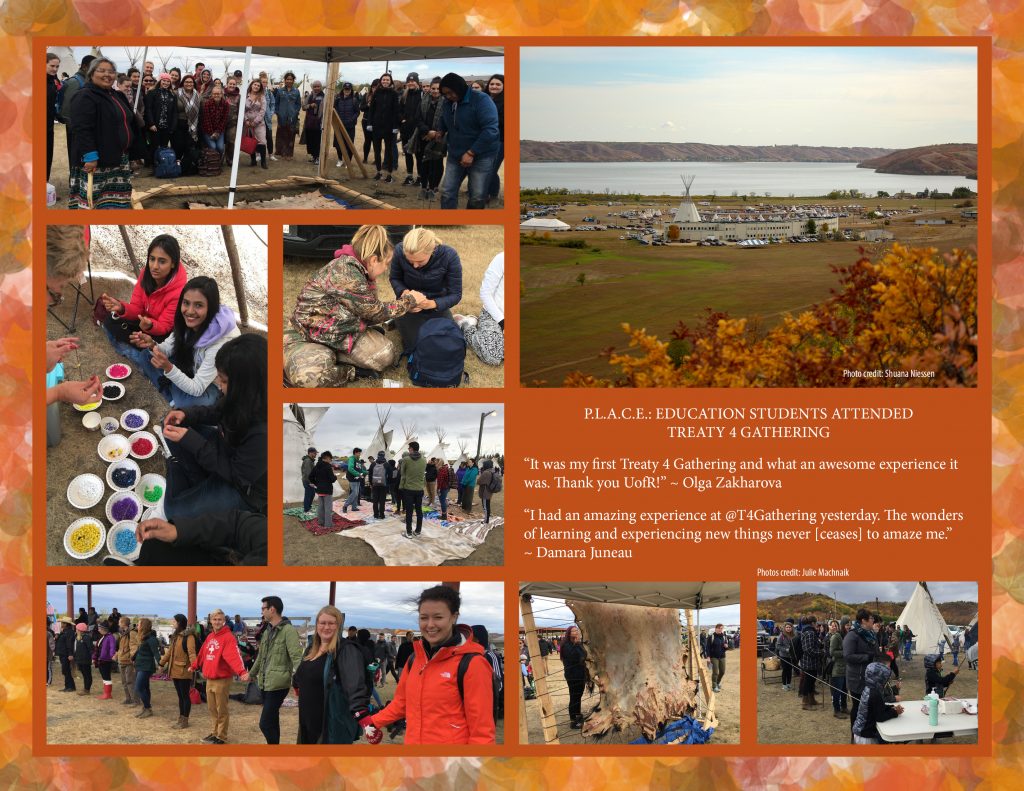 Reflecting about my time on the land this past week. From learning the #truth about where all the buffalo went, to forming new relationships!! @T4Gathering @URFacofEd pic.twitter.com/ULer4mxXHX

So thankful to have had this opportunity for experiential learning and reconciliation. We gave thanks to Mother Earth, left with wisdom from the Elders and felt the communal pride exhibited through traditional ceremony and dance. @T4Gathering @UofRegina @URFacofEd pic.twitter.com/C5Gf125VBQ

I had an amazing experience today at #Treaty4Gathering. I was able to learn more about the Indigenous culture and being able to connect with the land. pic.twitter.com/a9T1vgBbvD

I had the privilege of going to the Treaty 4 Gathering with my grade 6’s today! It was so enlightening and I was so happy to run into @jmachnaik in the beading tipi! #Treaty42018 pic.twitter.com/0FXhn1Iq4X

With @laurambieber1 and the rest of my #ecs311 class! We had so much fun @T4Gathering yesterday, lots of things to think about today. pic.twitter.com/qbRk7IbkdL

Had an amazing experience at the Treaty 4 Gathering yesterday! Completing my first blanket exercise was a great step towards reconciliation. @T4Gathering pic.twitter.com/GzKXCcduCB

Had an awesome experience at the #Treaty4Gathering today! Participated in the blanket exercise and reconnected with the power of our Mother Earth through the smudging of white sage. pic.twitter.com/6cRqpUR9c7

Had the greatest time at the Treaty 4 Gathering yesterday! pic.twitter.com/4rbPRG4huz

We're opening up all public doors again! 👋
On August 1, all #UofRegina entry points will become accessible (during regular University hours) and monitoring of campus entrances will end. Masks will still be required on campus however, so remember to bring one when you visit! 😷